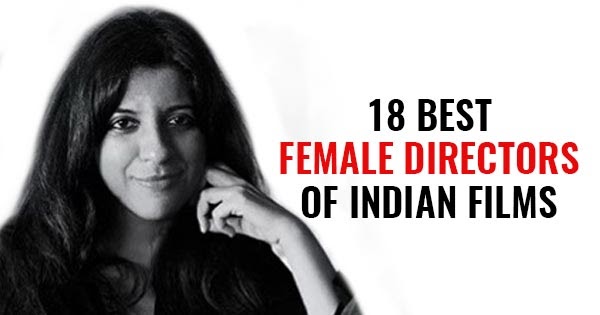 18 best women directors in Bollywood who amazed the audience with their vision and talent – Zoya Akhtar, Aparna Sen and more.

Zoya Akhtar is known for Luck By Chance, Zindagi Na Milegi Dobara and Gully Boy. She also directed the much acllaimed series Made In Heaven starring Shobhita Dhulipala. Akhtar has become a director for many to work with.

She is known for directing Aamir Khan’s Talaash – The Answer Lies Wihtin along with Lagaan and Dil Chahta Hai to her credit as assistant director as well. Kagti started her career as a director with the movie Honeymoon Travels Pvt. Ltd.

Gauri Shinde has directed only two films, but both captured the attention of audiences and critics. She is known for Dear Zindagi feat. Shah Rukh Khan and Alia Bhatt, and English Vinglish.

Deepa Mehta is one of the finest female directors with a unique vision. While her work in not fully Bollywood commercial style. She has gained much popularity and critical acclaim for her work in the Industry.

Farah Khan is known for her big commercial hits Main Hoon Na and Om Shanti Om with Shah Rukh Khan. The actress is also one of the most criticized for her lates films like Tees Maar Khan and Happy New Year.

Known for her fine acting skills, Konkona Sen Sharma won all the critics for her directorial debut A Death in The Gunj.

Aparna Sen is one of the most honored director with number of National Film Awards to her names. She is known for Mr. and Mrs. Iyer and Paromitar Ek Din.

The Daughter of Bollywood legend Gulzar, Meghna Gulzar, is known for her directing skills in Raazi and Talvar. She also directed Deepika Padukone in Chhapak, a movie based on acid attack victims.

Mira Nair is another acclaimed name in the list of women directors who has been inspiration for many upcoming talent as well. The director is known for her work in Salaam Bombay, Monsoon Wedding and Irrfan Khan starrer The Namesake.

An actress and director, Nandita Das gained much praise and awards for her directorial debut with Firaaq and later directed Nawazzudin Siddiqui starrer Manto.

She is known for her directing skills in Margatita With a Straw which garnered many awards and accolades and later directed The Sky Is Pink.

This woman director is known for her work in Bareily Ki Barfi and Nil Battey Sannata while her short film Ghar Ki Murgi caught viewers attention as well.

Bhavna Talwar is known for he great work in Pankaj Tripathi starrer Dharm.