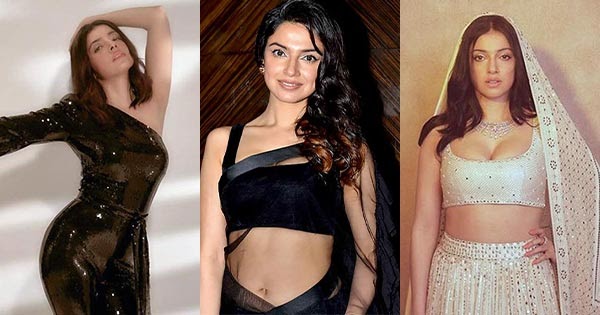 Divya Khosla Kumar best photos in sarees and dresses as she raises the heat with her stylish glamorous avatar – Bollywood actress, mom and producer.


Divya Khosla Kumar is an Indian actress, producer, director and wife of T-series owner Bhushan Kumar. The 34-year-old is known for her stylish looks and never fails to turn heads with her glamorous avatar on the red carpet and various photoshoots. She has also been ranked among some of the most powerful women in Bollywood.

The actress currently has fans excited for her appearance opposite John Abraham in upcoming Satyameva Jayate 2.

The beautiful woman started her career as a model and in 2004 made her Bollywood debut with Ab Tumhare Hawale Watan Saathiyo. In 2015, Diva Khosla Kumar made her directorial debut with the movie Yaarian. She has also done various appearance in music videos including Yaad Piya Ki Aane Lagi.

Divya Khosla Kumar is always making buzz on social media with her photoshoots and glamorous avatar in both Indian sarees as well as western body hugging outfits, which also earned her the spot in the list of most glamorous moms of Bollywood.