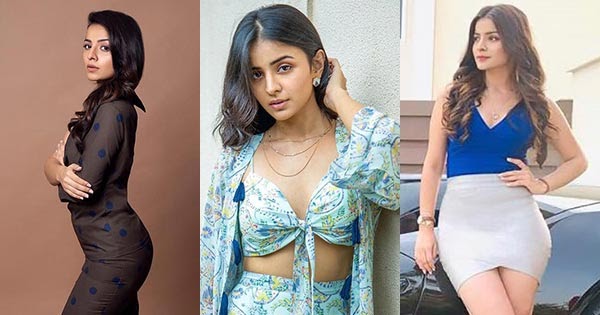 Mahima Makwana is an Indian actress who is currently making buzz for her upcoming film titled, Antim starring Aayush Sharma and Salman Khan. The actress is playing the lead role of Manda in the movie.

Mahima Makwana, age 22, earlier gained much love of her fans for her performance as Zoya in Swara Bhaskar starrer web series Flesh (2020) on Eros Now. The beautiful actress has appeared in various TV shows and music videos before it too.

The actress first rose to fame with the TV show Sapne Suhane Ladakpan Ke and also made her Telugu debut in 2017 with the movie Venkatapuram.

In 2019, Mahima made her digital debut with the web series Rangbaaz season 2 in which she played the role of Chiku. Mahima Makwana currently has over 800K followers on her Instagram @mahima_makwana and will be hitting the mark of 1 million when Antim will be released on 26th Nov 2021.

The actress has also been getting much attention of fans for her style in both Indian and western outfit as she is busy promoting her films. See these 40 beautiful photos of Mahima Makwana which will make you a fan of her: