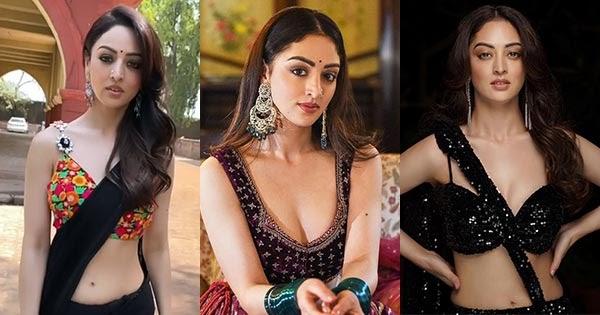 Sandeepa Dhar’s stunning and beautiful photos in sarees which raises the
temperature to the maximum – see this Bollywood actress looking elegant in
these Indian outfits.

Sandeepa Dhar is an Indian actress and dancer who has become quite popular
for her roles in Chattis Aur Main and Bisaat web series
as well as dance cover videos with Melvin Louise. The actress is known
for her elegant and stunning looks in sarees as well as stylish western
dresses flaunting her fit and fine body.

Dhar caught attention of many for her brief roles in Bollywood films Dabangg
and Heropanti (as Kriti Sanon’s sister). The actress worked in several films
and web series and was nominated for Filmfare best debut award.

See these 50 beautiful and stunning photos of Sandeepa Dhar in sarees, lehangas and other Indian attires.

45 photos of Mouni Roy in sarees and lehangas – see here.