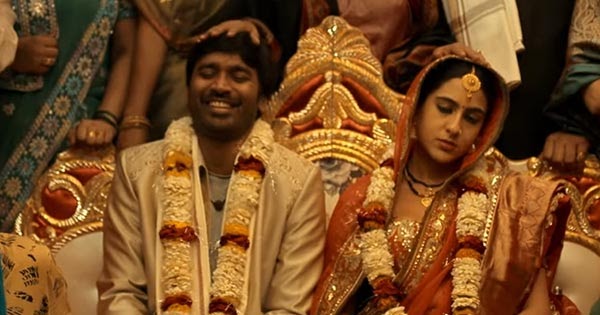 Dhanush starrer much awaited movie Atrangi Re’s
trailer is out now. Featuring Sara Ali Khan and Akskay Kumar as well, the
movie tells the story of Rinku (Sara Ali Khan) who is forced into a marriage
with Dhanush, who also doesn’t want the marriage. However, Sara ends up
wanting Akshay Kumar and Dhanush both as her lovers.

Dhanush is the show stealer as far as shown in the trailer, while Sara compliments him along with her nose ring look and accent. Akshay Kumar bring the comedy factor.

Directed by Anand L. Rai, the movie is a musical composed by A. R. Rahman. The
duo has worked together before in Ranjhana and fans have high expectation with
the music.