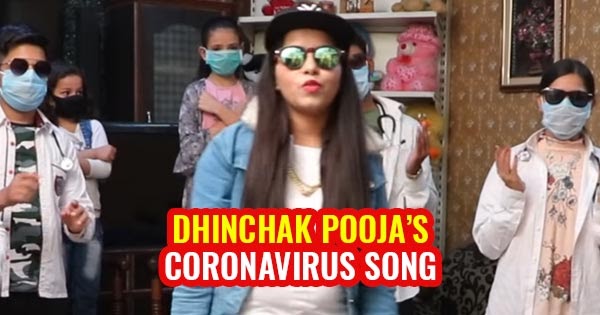 Dhinchak Pooja is back with a new song on Coronavirus – while she spreads the awareness about COVID-19, netizens again slam her for her singing skills.

Dhinchak Pooja is again in news and a topic of talk on social media as she dropped a new song on Coronavirus. The singer tries to talk about the Corona outbreak and how you should work from home to avoid the deadly virus in this song titled Hoga Na Corona..

However, netizens slam her again for making their ears bleed with her voice… again. Dhinchak Pooja rose to fame with her song Selfie Maine Le Li and then released another song titled Dilon Ka Shooter.

In 2017, Dhinchak Pooja also appeared in the reality TV show Bigg Boss as a contestant. Said the worst singer of all time by many on social media, Dhinchak Pooja again inspired netizens to create some hilarious memes as well.

Dhinchak Pooja also turned off the comments on her YouTube video so people can’t troll her.