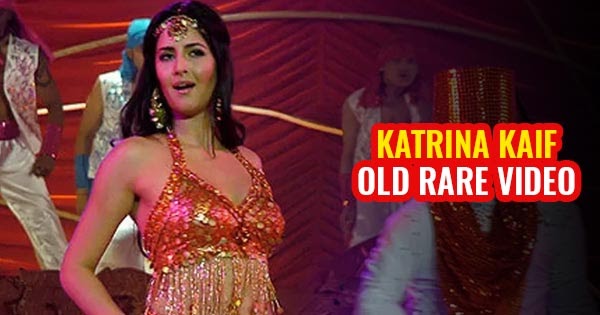 Watch Katrina Kaif setting the stage on fire with her dance performance at Stardust Awards 2006.

Katrina kaif is known for her various item songs and dance numbers, and it seems she was always good at setting stage on fire. This old rare video of Katrina Kaif’s dance performance from the Stardust Award show 2006 proves that she was always good at learning dance steps. Three years after making her Bollywood debut with 2003 released Boom, Katrina Kaif performed at Stardust awards on some old songs. The actress also showed her dancing skills on Just Chill Chill song from her 2005 released Maine Pyar Kyun Kiya.

Katrina Kaif can be seen struggling to match the lip-sync with Bollywood songs as her Hindi wasn’t good back then but she definitely put much hard work in setting the stage on fire showing some of her belly dancing skills.

Katrina Kaif who did managed to get some critical appreciation for her performances in ZERO and Rajneeti was always good at winning fans with her dancing skills and now behind the scene videos releasing on social media and YouTube shows that the actress always goes extra mile to perfect her dancing steps.