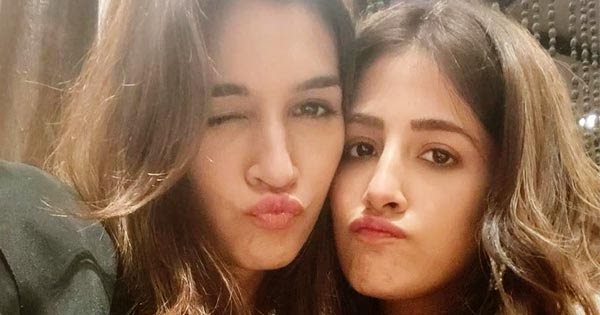 Nupur Sanon’s long sweet post wishing her sister and Bollywood actress, Kriti Sanon, on her birthday will make you miss your siblings too.

Nupur Sanon, the actress from Filhaal music video, took to instagram to wish her elder sister and Bollywood actress, Kriti Sanon, on her 30th birthday. The beautiful actress and singer wrote a long post pouring her heart out and shared a bunch of photos including a childhood photo of Kriti holding the baby Nupur in her arms.

Kriti and Nupur has been one of the most beautiful sister duos in Bollywood. While Kriti Sanon has already established herself as a leading lady of Bollywood with movies like Bareily Ki Barfi and Luka Chuppi, Nupur Sanon has also shown her talent as a singer and gained much popularity as an actress for appearing in the popular Indian music video Filhaal opposite Akshay Kumar.

Nupur, 24, and Kriti, 30, has been seen together at many public events and fans adore the love between these two beauties.