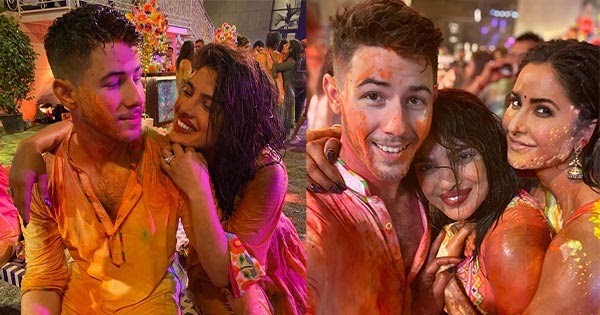 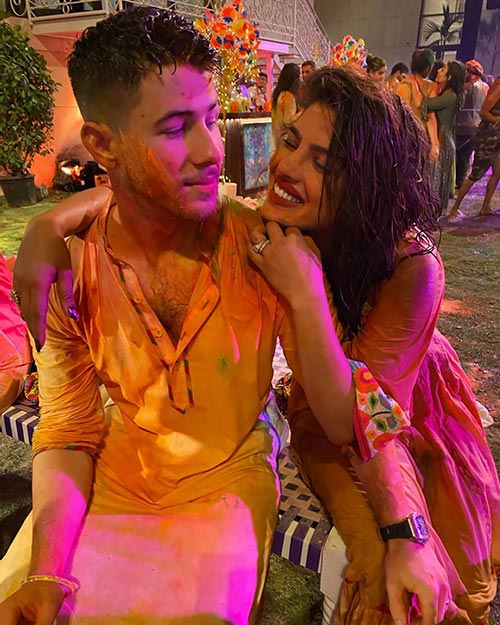 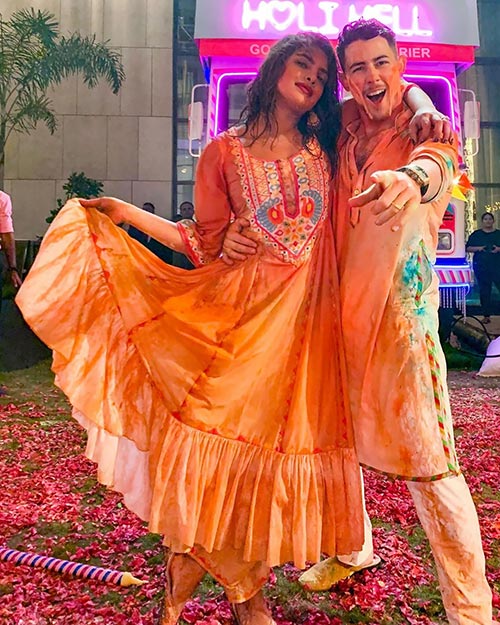 Priyanka donned up a beautiful white frock style suit while Nick paired his white kurta with bright yellow colored shoes. Priyanka has been playing Holi all her life, but it was Nick’s first Holi and sharing the photos on his Instagram, it seemed he enoyed it a lot. 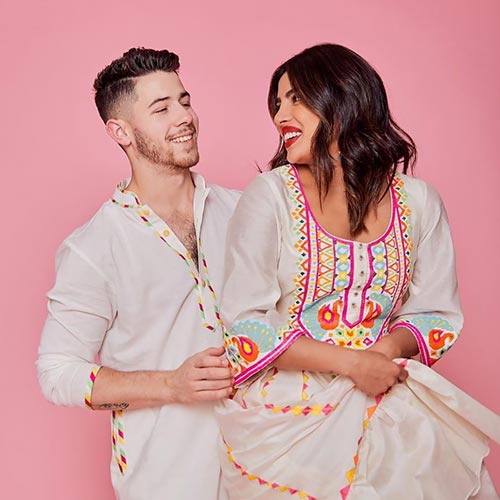 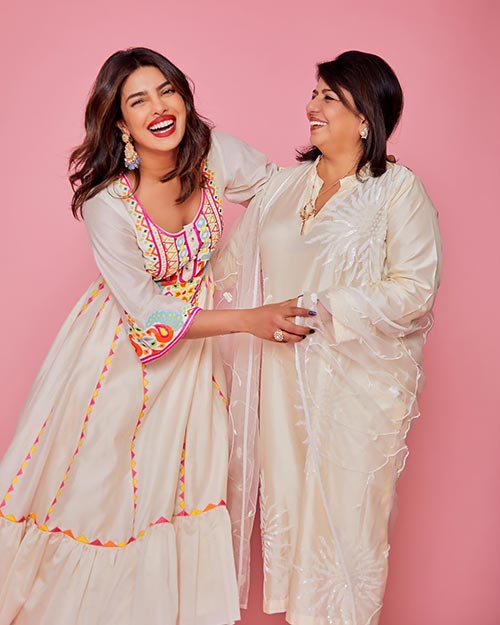 “My first Holi! (Five days early)So much fun celebrating with such incredible people here in my second home in India,” Nick wrote in his post on Instagram as he posed with wife Priyank covered in colors. 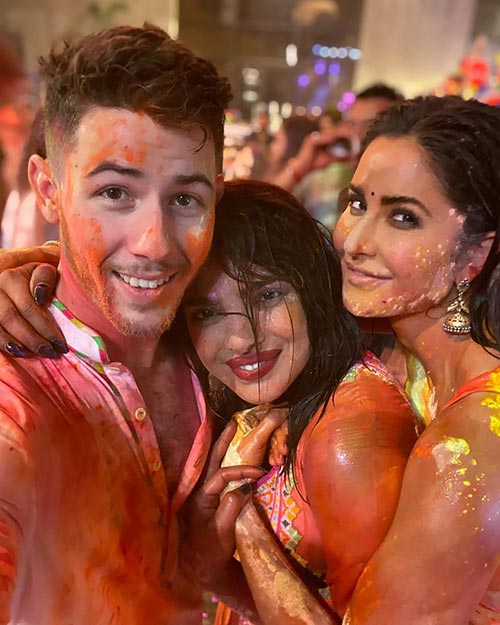 The photos of this beautiful couple are now breaking the internet. Nick is 10 years younger than Priyanka but the photos tells it all how much the couple love each other.

Sooryavanshi actress, Katrina Kaif also posed with the couple and enjoyed the Holi.