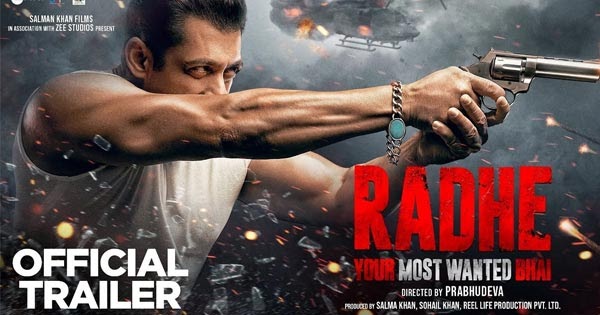 The trailer of Salman Khan’s much awaited film Radhe is out now and the
actor’s loyal fans are surely loving it. Starring Disha Patani, Randeep Hooda,
Jackie Shroff and Jacqueline Fernandez, the movie tells the story of Radhe who
makes the ‘commitment’ to clean the city off drug. Directed by Prabhudeva the
movie is set to release on 13th May 2021 – this Eid.

The trailer is disappointing for a good movie lover as it follows the same
template of any Salman or any other Bollywood action hero’s earlier films. The
film also features Disha Patani, who doesn’t seems to have much to do in the
movie, apart from dance numbers and being a lover of our Bollywood hero.
Produced by Sohail Khan, the film’s CGI sequences also tells how far behind
Bollywood is as compared to Hollywood.

Fine actor, Randeep Hooda, seems promising as the anagonist in the movie. The
trailer promises comedy with action, like Salman’s earlier hits Wanted and
Dabangg.