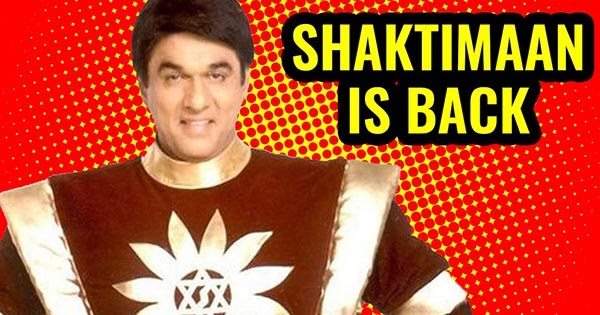 Shaktimaan will make us stay during Coronavirus lockdown and watch the re-telecast – fans share funny memes to express their happiness.

Shaktimaan is back! Yes, as confirmed by Shaktimaan actor himself – Mukesh Khanna tweeted the news about the re-telecast of this Indian superhero show. Shaktimaan is one of the most favorite and popular shows of Indian TV and specially among 90s kids. The time and date of the show hasn’t been decided but will be announced soon.

Coronavirus Outbreak made Indian go under a lockdown of 21 days and since everyone is staying home, old classic and popular TV shows are making come back on public demand. Fans have been asking for Shaktimaan sequel for a while now but a re-telecast of the old show is a good news as well.

‘Sorry Shaktimaan,” dialogue is still can be seen in many memes trending on social media and it’s the show that changed Mukhesh Khanna’s life and skyrocketed his popularity. Actress Vaishnavi Mahant played the role of Geeta Vishwas.while Surendra Pal was the lord of darkness named Kilvish. Late actor Tom Alter played an important role in the series as well.

Since the new of the show’s re-telecast has been announced, netizens are taking a dig at Netflix as well. See these trending memes.