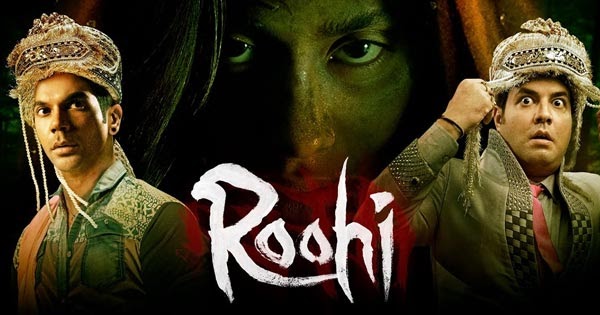 Watch the trailer of Roohi feat. Janhvi Kapoor and Rajkummar Rao and find out
it’s similarities with earlier hit Stree.

The trailer of Janhvi Kapoor and Rajkummar Rao’s next, Roohi, is out now and
it looks promising for Indian comedy-horror genre. From the team who earlier
gave a blockbuster like Stree, this films again tells the story of a woman’s
spirit who has some unfinished business and as per trailer this time it’s
marriage.

The film also stars Varun Sharma who seems to already steal the lime light in
the trailer. The film is set to release on 11th March 2021.

Since Roohi is a film from the same team of Stree, a few similarities were
bound to happen so lets see a few of them show in the trailer.

The first similarity is the reference of Shah Rukh. While in Stree
Rajkummar Rao could be seen mimicking the style of SRK in one scene, In
Roohi Varun Sharma is saying a diague of SRK’s DDLJ.

In the trailer of Roohi, Rajkummar Rao is shown saying a tongue twister
while in Stree he also managed to say a long dialogue very quickly.

Like in most horror films, to get rid off the spirit/ghost you would have
to finish their business and help their soul rest in piece, In Stree also
Rajkummar Rao tries to have a first night/suhagraat with the ghost to end
the curse and in Roohi as well it seems Rajkummar Rao and Varun Sharma
tries to get the spirit married.