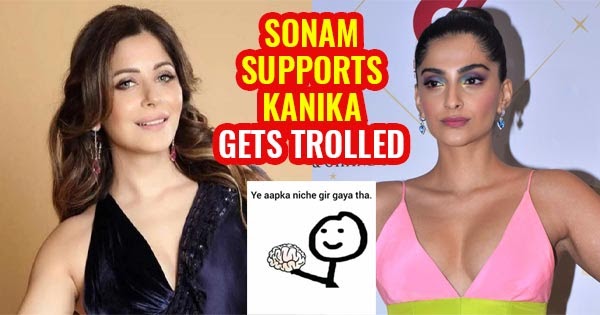 Sonam Kapoor gets trolled for supporting Kanika Kapoor on Coronavirus controversy – the former gets trolled heavily as netizens call her stupid again.

Kanika Kapoor is getting much hatred after being tested positive for Coronavirus, and actress Sonam Kapoor also joins her in sharing some hatred after the later shared a tweet in support of Kanika Kapoor.

Sonam, who has always been a target of trolls for her many statements and controversies, is again a trending name on twitter as she came to defend Kanika Kapoor’s recent actions with Coronavirus.

“Hey guys @TheKanikakapoor came back on the 9th. India was not self isolating but playing Holi.,” Sonam said in her shared tweet.

Hey guys @TheKanikakapoor came back on the 9th. India was not self isolating but playing Holi.

The actress is being targeted by netizens as they call her stupid for making such statement. People are not agreeing with Sonam’s tweet as they believe it wasn’t right of Kanika Kapoor to skip airport security to check for Coronavirus as well as attending a party filled with hundreds of people, as reported by news media tabloids. 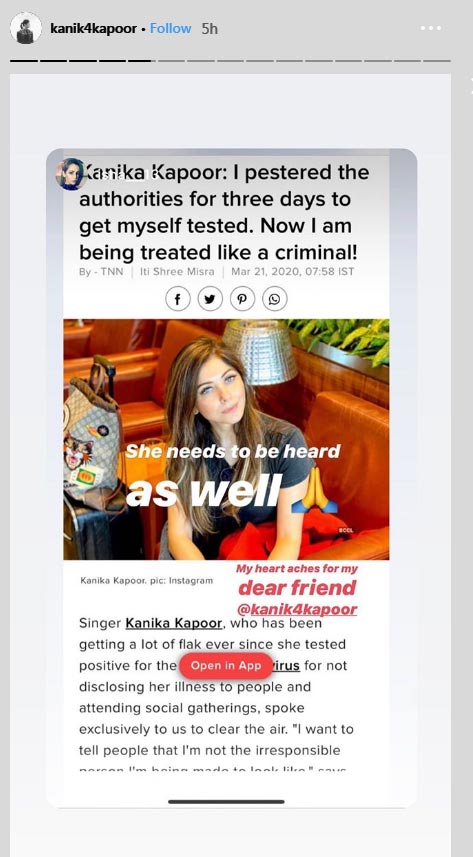 On the other hand, Kanika said she didn’t host any parties (which is right but she did seem to attend one) and also said that she pestered authorities for the Coronavirus test for three days and now she is being treated like a criminal.

After Sonam Kapoor’s statement which was found stupid by many, netizens troll her with the following tweets:

Hey guys ajmal kasab came on 26/11.
Mumbai was not ready with self defense but they were hanging on mumbai locals. – sonam pic.twitter.com/9SmEUtdA0u

Anil Kapoor deserves an award for keeping up with her idiot daughter Sonam all these years 😂 https://t.co/RN1BeZyTvC