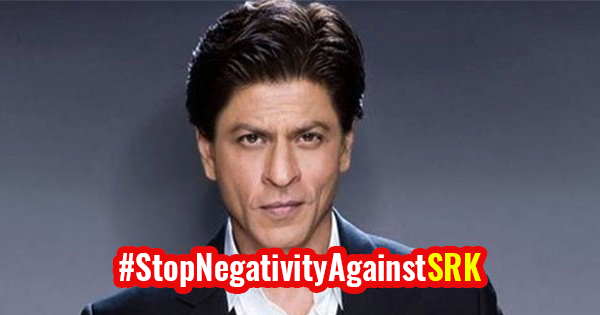 Shah Rukh Khan fans trend #StopNegativityAgainstSRK after he was questioned on twitter for not donating to Coronavirus relief funds, yet.

Shah Rukh Khan is being questioned for not coming forward to help with Coronavirus relied funds yet. After many South superstars like Prabhas and Mahesh Babu along with Indian cricketers like Suresh Raina made donations to Covid-19 relief funds to help the poor and medical staff, twitterati started question why all three Khans of Bollywood hasn’t made any doantions.

First some fans replied why everyone is targetting only Khans as Kumar, Kapoors and Chopras also hasn’t made any doantion. After Akshay Kumar announced 25 crores donation to Coronavirus relief fund, netizens are now targetting Khans and the fans of SRK has come forward to defend their star by trending #StopNegativityAgainstSRK.

Many fans of Shah Rukh Khan started defending the Shah Rukh Khan, who was once named 2nd richest actor in the world, talking about his previous charity work as well as how he doesn’t like to announce his good deeds and charity like other stars.

SRK made a number of donations and is the founded of Meer foundation which helps women who are victims of  acid attack as well.