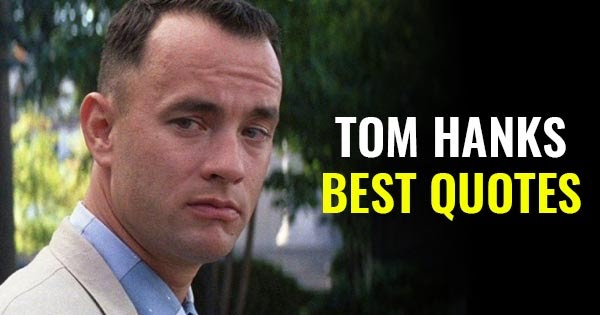 Tom Hanks’ best motivational and funny quotes – when Forest Gump actor imparted his wisdom upon us.

Tom Hanks is one of the best and most respected actors in Hollywood. Hanks has been known for his comedic and dramatic performances in films like Forest Gump, Philedelphia, Cast Away, Saving Private Ryan and many more.

The 63-year-old actor has been recently tested positive for Coronavirus and fans are praying he gets well soon and entertain us more.

Here are some of the best quotes of Tom Hanks: