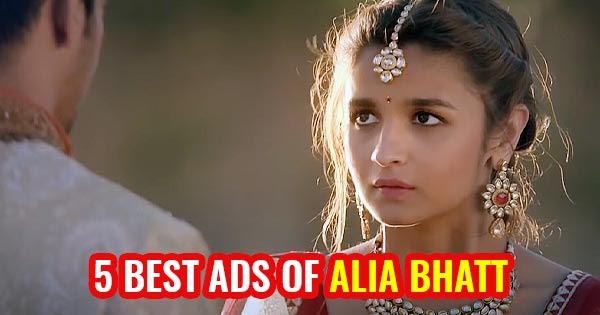 Alia Bhatt has emerged as one of the best actresses of her generation proving her acting skills in some wisely chosen scripts like Highway, Udta Punjab and Raazi. While Alia Bhatt became a star right after the release of her very first film – Student of The Year, It was her character of Veera which cemented her position as a strong actress in the Industry.

With so much popularity and influence on social media, Alia Bhatt was soon chosen by top brands as their brand ambassador. Alia Bhatt did a number of ads on TV, digital platform and print media, while some didn’t last long, many commercials were too funny and catchy to be fogotten as well.