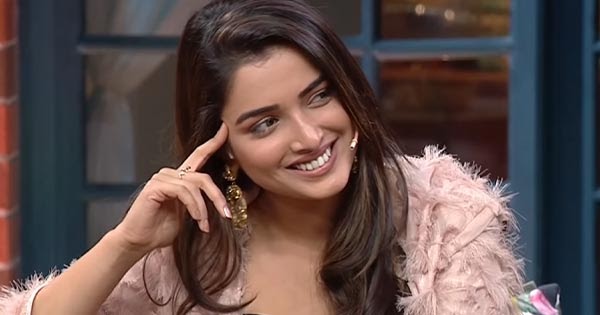 5 best episodes of The Kapil Sharma which were most entertaining, funny and
featured best guests.

The Kapil Sharma Show has become one of the most loved
and popular shows of recent times. Hosted by comedian Kapil Sharma, the show
had featured a huge cast of actors and comedians showing their talent to make
us laugh. However, there have been some of the episodes which became very
memorable because of it’s guests. So here are out top 5 picks for the best
episodes of The Kapil Sharma Show.

One of the all time best episodes of The Kapil Sharma Show was when the legendary Wadali Brother’s appeared on the show and won everyone’s heart with their stories, experiences and music. Even Navjot Singh Sidhu had to leave his seat just to give a hug to the the artist showing much love and respect. It was probably the first time where Kapil Sharma kept quiet the longest while the guest themselves entertained us all.

Bhojpuri film Industry is a huge one and has given some of the very fine actors and talent to Indian cinema. When top stars like Amrapali Dubey, Rani Chatterjee along with Nirahua and Khesari Lal Yadav arrived on the set of the show, the whole atmosphere changed as the stars made us laugh with their stories and jokes along with sharing some insights of this big Industry.

In the lockdown of 2020, Ramanand Sagar’s original Ramayan was re-telecast on several national TV channels and the cast of the show made an appearance on The Kapil Sharma Show. Ramayan has been a great gift to Indian TV and seeing the original cast after so many years sharing all their stories and fan experiences was definitely we all wanted to see and Kapil Sharma and his show made it possible.

While Salman Khan’s appearances on a talk show and his laugh has inspired many memes, when he appeared in The Kapil Sharma Show along with his father legendary Salim Khan and siblings Arbaaz and Sohail, the episode became one of the best as Salim Khan revealed some never heard before stories of these big star sons.

Bollywood villain have always amazed the audiences with their style, dialogue delivery and on screen persona. But with The Kapil Sharma Show, us viewers got to know these fine actors and their off screen personality. Gulshan Grover, Ranjit and Bindu won our hearts with their real life image after entertaining us as negative characters for so many years.