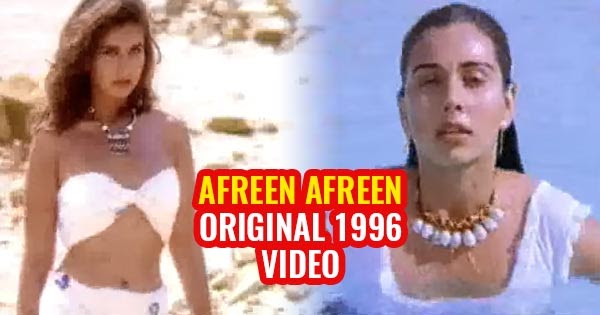 Afreen Afreen has been one of the biggest musical hits of legendary Nusrat
Fateh Ali Khan. The song/ghazal written by Javed Akhtar and composed by Nusrat
Fateh Ali Khan is originally 10 minute long and in 1996 when Indi pop and
fusion music was at i’s peak, a music video featuring beautiful actress Lisa
Ray was also released.

With beautiful vocals by Nusrat Fateh Ali Khan and Lisa Ray’s beautiful made
the music video an iconic one and fans still go back and watch the original
music video while there are tons and tons of cover, remixes and remakes of the
song are available.