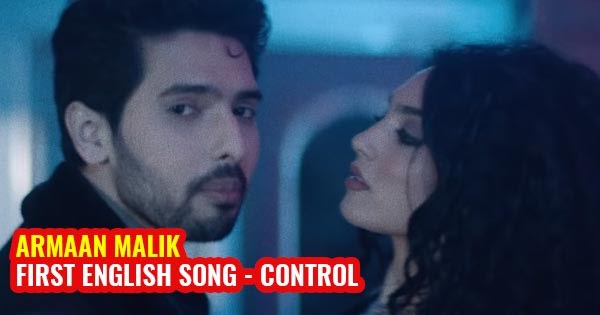 Bollywood’s popular singer Armaan Malik, who is known for his melodious voice, has released his first English song titled, Control. The music video does gives you a feel of any English music video while Armaan’s voicals helps you believe it as well. The new pop song of this Bollywood singer is being loved by fans.

Armaan Malik also seems to have a good accent in English to make it more appealing to western audience. In his recent interview to Film Companion, the singer told that he didn’t have to try to force on getting the accent right for English song as English is like his second nature and comes to him naturally.

Armaan reveals that it was his childhood dream to become an international singer like Michael Jackson, Elvis Presley and Justin Beiber. A couple of months ago, Armaan also deleted all his old posts from instagram and shared a line from his upcoming single, which was ‘I can’t take it anymore’.

Armaan says it hasn’t happened with anyone to become a singer on world stage, and he wishes to be the first.