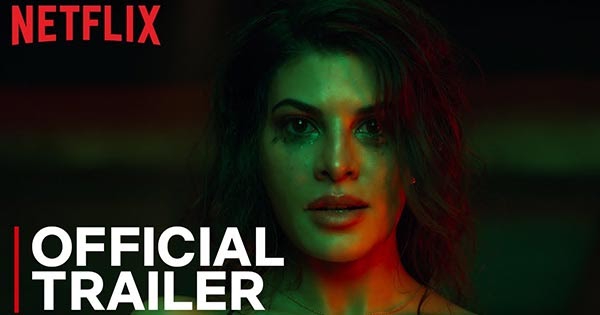 The full trailer of Netflix’s web series Mrs. Serial Killer featuring Jacqueline Fernandez, Manoj Bajpayee and Mohit Raina is out now. The series tells the story of a doctor who gets framed for a series of murders and his wife tries to prove his innocence by becoming a serial killer and proving that the real killer is still out.

While the trailer alone has been getting criticized for reveal the whole plot and story in the trailer, Jacqueline is getting praises for speaking most Hindi as quoted by netizens in YouTube comments.

Manoj Bajpayee and Mohit Raina are getting praises and stealing the show here with their brilliant acting skills, while Jacqueline also manages to impress her fans with something new.

The 34-year-old Sri Lankan beauty has been known for her glamorous roles in Bollywood films and by making her debut in web series with Netflix’s Mrs. Serial Killer, Jacqueline is bringing something new.

However, views couldn’t hold to mention that Jacqueline might have ruined a good web series, as she seems unfit for the character of Mrs. Serial Killer.