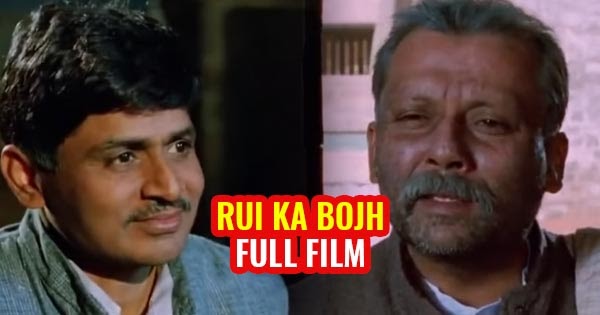 Rui Ka Bojh, released in 1997 by NFDC, is another great film in Indian cinema. Simple yet powerful, the film features best and brilliant actors of Bollywood like Pankaj Kapoor and Raghubir Yadav along with Reema Lagoo, who is best known for her roles as a mother in Bollywood.

Directed by Subhagh Agarwal, the film tells the story of an old man played by Pankaj Kapoor, who divides his property among his kids and decides to stay with the youngest son. The misunderstandings between him and the family leads to the old man deciding to leave his family and  spend the rest of his life in a temple.

Brilliant performances and a simple story of an Indian family is what makes this masterpiece one of the best in Bollywood.

In 2013, as Indian cinema completed 100 years, the film was remastered and released in better print as well.