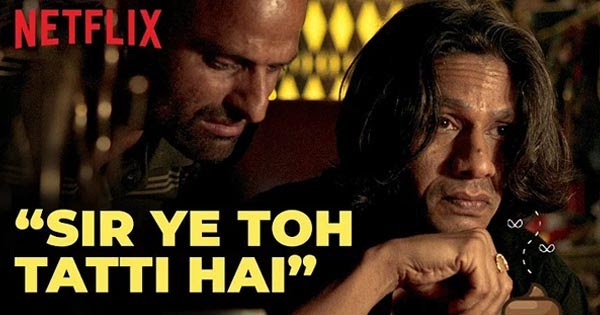 Ye Toh Tatti Hai – one of the funniest scenes in Bollywood that inspired many memes and Vijay Raaz who made is iconic with his style in Delhi Belly.

Delhi Belly, the film released in 2011 featuring Imran Khan, Vir Das and Vijay Raaz, has grown a separate fan base over the years and is considered one of the underrated dark comedies in Bollywood. The film had many funny scenes but one that stands out the most and became unforgettable is the scene called ‘Ye Toh Tatti Hai’.

The scene happens as a wrong package is delivered to Vijay Raaz. The actor was expecting diamonds in a Russian Doll but instead he receives an oridinary plastic jar from Vijay Raaz. As he carefully lays a piece of red cloth to look at his diamonds and empties the jar on the table.. its not diamond but stool (poop) sample.

Vijay Raaz has not much to say in the scene, yet he makes the scene funniest with his mannerism and style.

Delhi Belly was directed by Abhinay Deo and it’s song created much controversy as well. This Bollywood black comedy was produced by Aamir Khan.