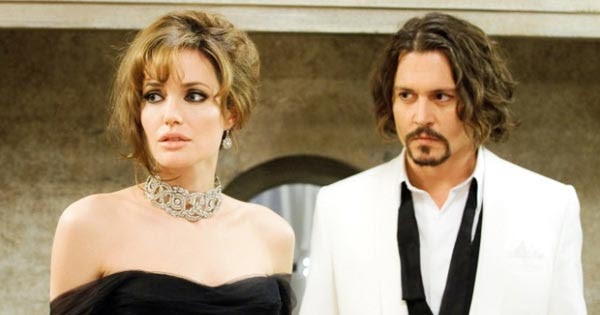 Angeling Joilie is a perfect beauty and ‘a walking poem’ – best compliment by
Pirates of the Carribean actor, Johnny Depp.

Johnny Depp and Angeling Jolie are two one of the most
beloved and biggest stars in Hollywood and fan’s couldn’t be more happy when
the duo came together on screen for the 2010 released movie ‘The Tourist’. The
Pirates Of The Carribean actor also won his fans when in an interview he
described his co-star, Angelina as ‘The Perfect Beauty’ and ‘A walking Poem’.
The words are still struck in fans’ head as they couldn’ agree more with Depp.

Both Angelina Jolie and Johnny Depp have gone through some rough times as Depp
and Amber heard battled in court while Angelina and husband Brad Pitt also
separated after a long relationship.

Jolie was recently seen as Thena in Marvel’s Eternal. The actress is also getting much praises for her off camera work as a filmmakers and is always loved for her Humanitarian work.